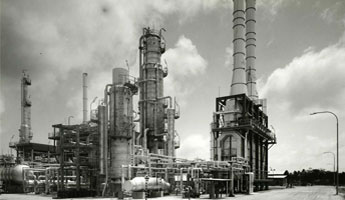 Ceylon Petroleum Storage Terminal Limited is a Company duly incorporated under the companies Act No. 17 of 1982 in terms of Section 2 (1) of the conversion of Public Corporations or Government owned business undertakings into Public Companies Act No. 23 of 1987, owns the Common User Facility (CUF) consisting of Oil Terminals, Storage Facilities, Pipelines and the Bowser Fleet, more fully described in the Government Gazette extraordinary bearing No. 1310-8 dated 13th October 2003. 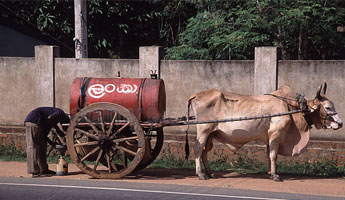 In 1961, the Government of Sri Lanka under the Ceylon Petroleum Corporation Act No.28 of 1961 established the Petroleum Corporation with the following general objectives in mind: "To carry on business as an importer, exporter, seller, Supplier or distributor of petroleum , to carry on the business of exploring for, the exploiting, producing and refining of petroleum to carry on any such business as may be incidental or conducive to the attainment of these objectives"

The corporation entered the business of importing and marketing petroleum products in April 1962, in competition with Shell, Esso, and Caltex Oil Companies, who were operating in the country at the time of the formation of the Corporation. As the Companies were unable to import products at cheaper prices, the Corporation by Government decision took over the business of import and internal distribution of oil in 1964.

To ensure regular supplies and conserve foreign exchange, the corporation built a refinery in 1968, at a cost of Rs 175 Million and commenced production in 1969. Another important project that was completed in the same year was the Lubricating Oil Blending Plant was Privatized in December, 1992, and it is now owned and operated by the lanka Lubricants Limited.

Oil Companies in 1971 and 1972 respectively, and with this the right to import, export, sell, supply or distribute petroleum of any class was exclusively vested in the corporation. The bunkering business is now being carried out by the lanka marine services (Pvt) Ltd., which is own by the Ceylon Petroleum Corporation. The corporation entered the agro chemical business in 1969, in competition with the private sector, with a view to market Agro - chemical product at reasonable prices. The GOSL decided to liberalize the petroleum sector in 2003 and invited the Government of India to enter into the downstream retail marketing of peroleum by offering China Bay tank farm on long lease. The basis of liberalization was to limit the marketing companies to three for a initial period of five years and the formation of Common User Facility company called "Ceylon Petroleum Storage Terminals Limited" (cpstl) to manage the storage and distribution infrastructure of CPC comprising Kolonnawa and Muthurajawella Installations, all bulk depots island wide.

We are a company engaged in bulk petroleum storage and distribution activities with state of the art infrastructure facilities for management of down stream product handling in Sri Lanka. We serve around one thousand retail outlets island wide owned by Ceylon Petroleum Corporation and Lanka Indian Oil Corporation to meet the energy demand of the retail consumers in the country and the large number of bulk consumers in various industrial sectors involved in the economic development process.

Two main installations supported by 11 bulk depots which are involved in the storage & distribution network with around 3000 employees actively participation in various activity of the company.

To be the most efficient petroleum Terminal Operator in South Asia

To remain as the most efficient terminal operator in South Asia, meeting stakeholders expectations and committed to make perceivable and continual improvement in the level of customer satisfaction, while preserving the quality and ensuring the exact quantity of the petroleum products being delivered to the terminal facility users/customers, honouring the health, environmental and safety standards in force through dedicated participation of a loyal, contended and well trained workforce, guided by the feedback of the customers and the general public.